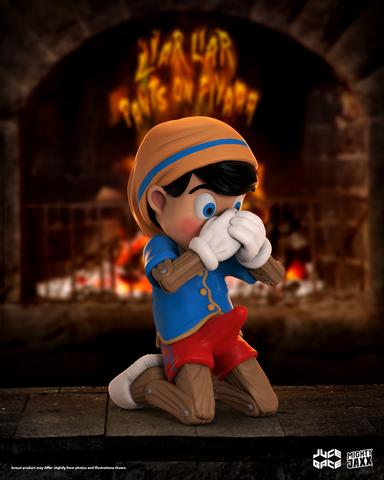 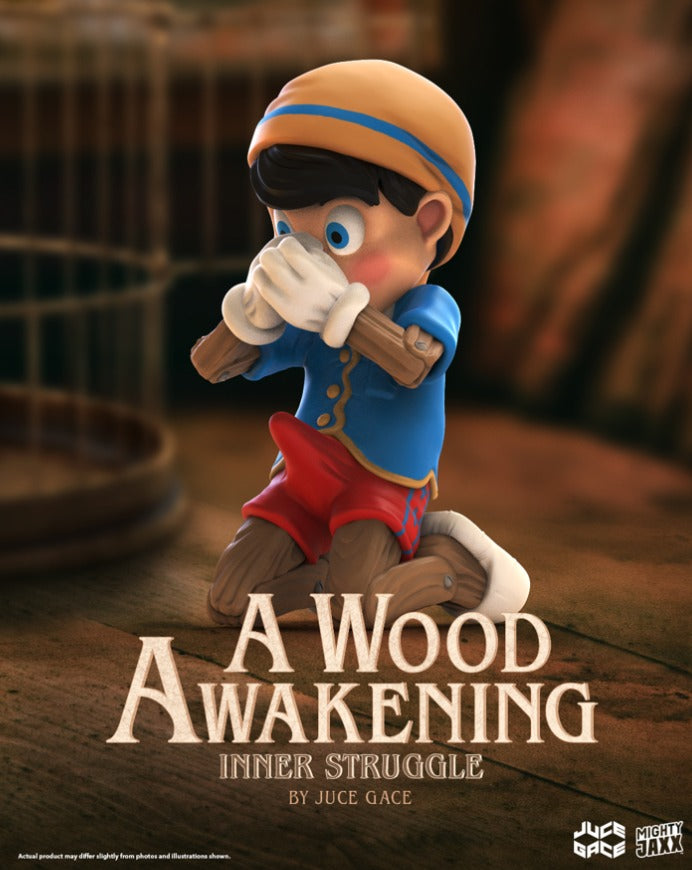 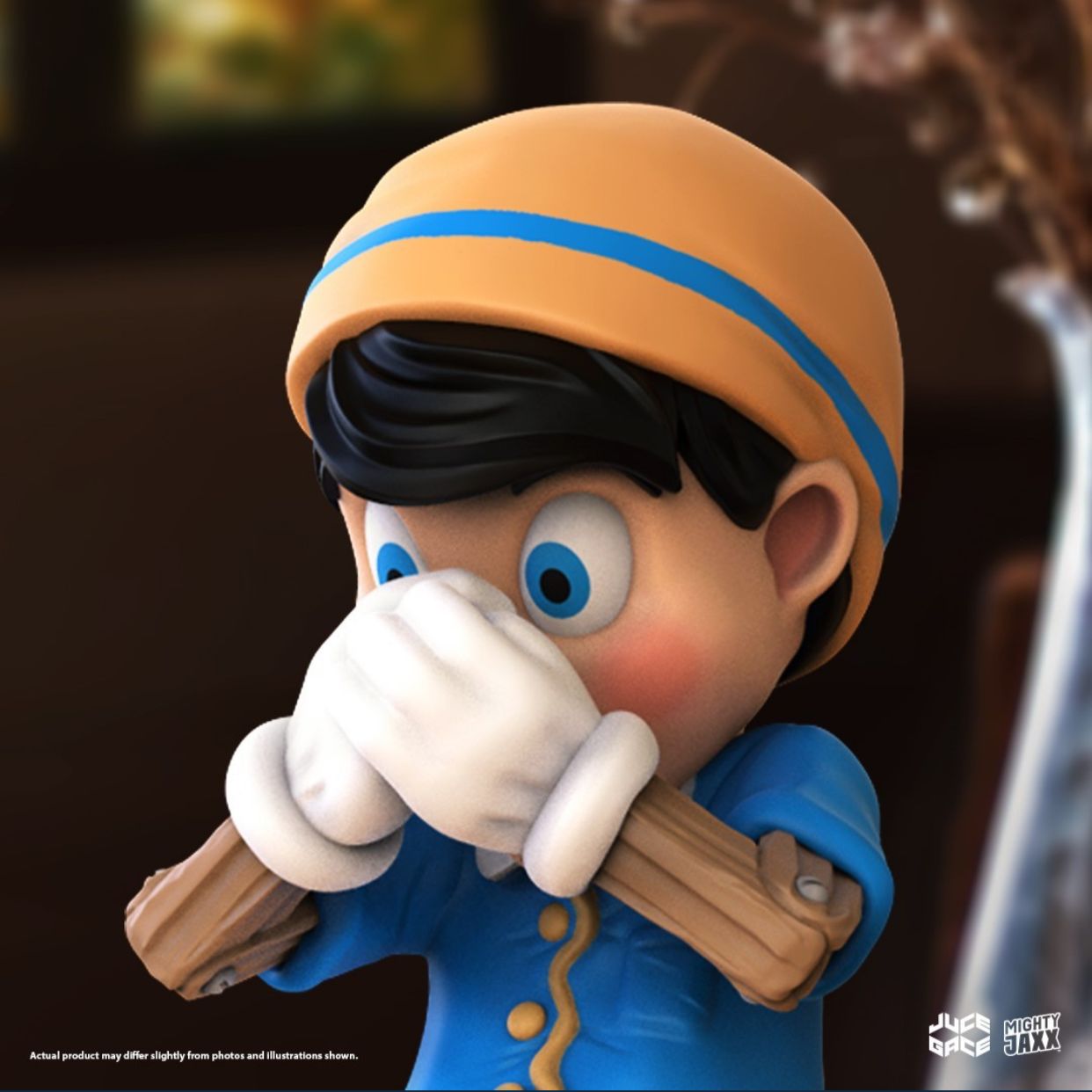 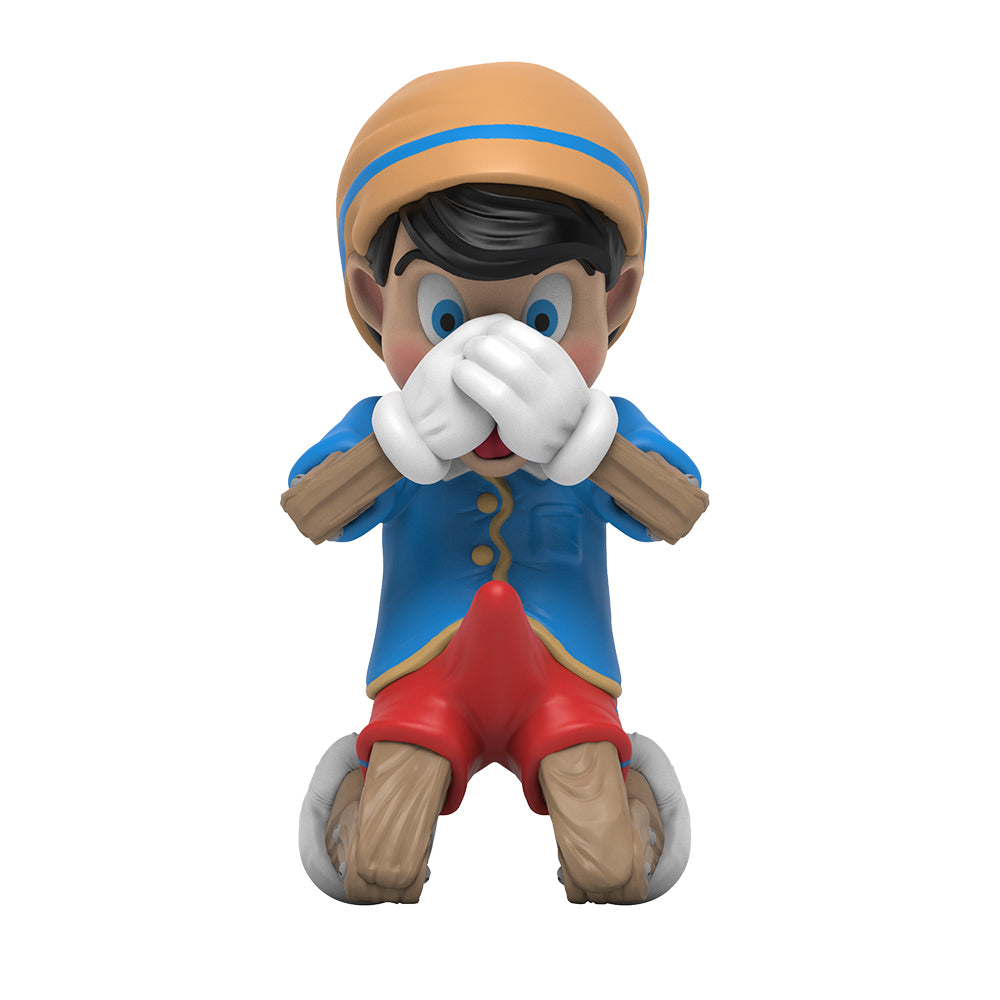 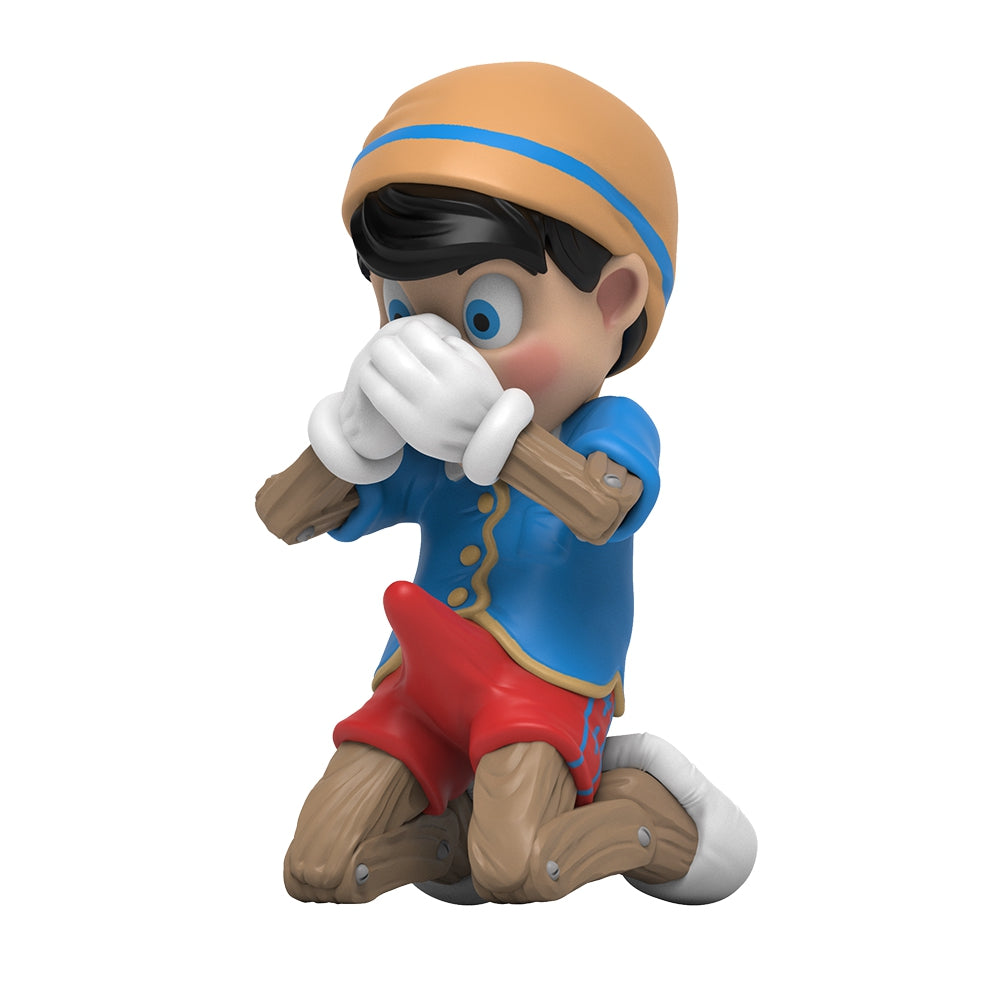 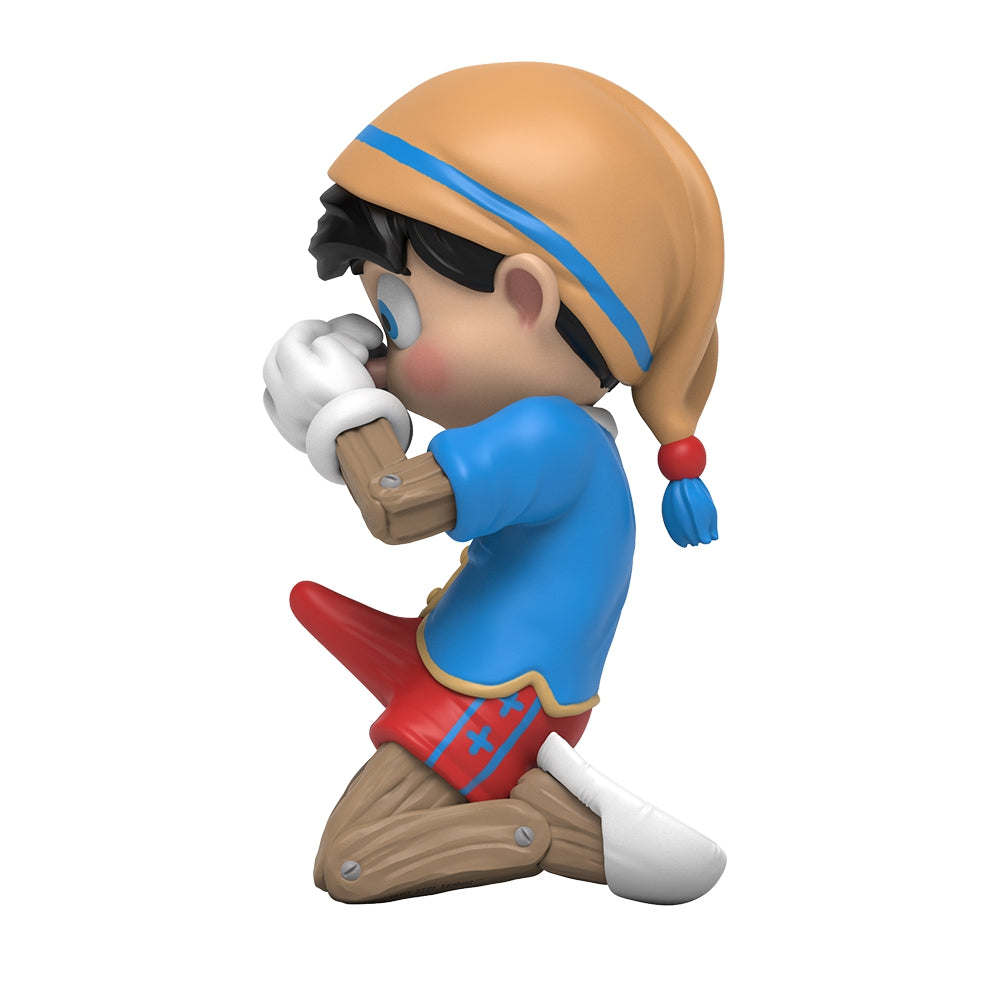 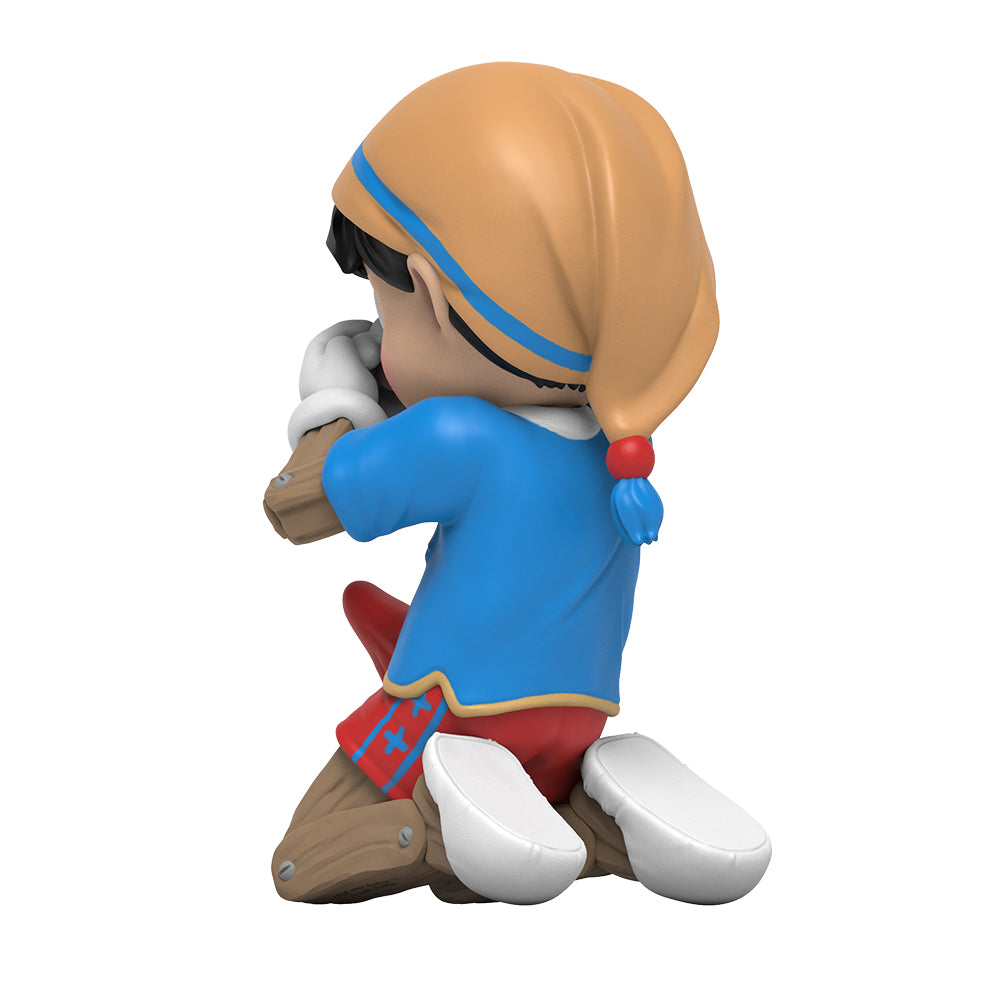 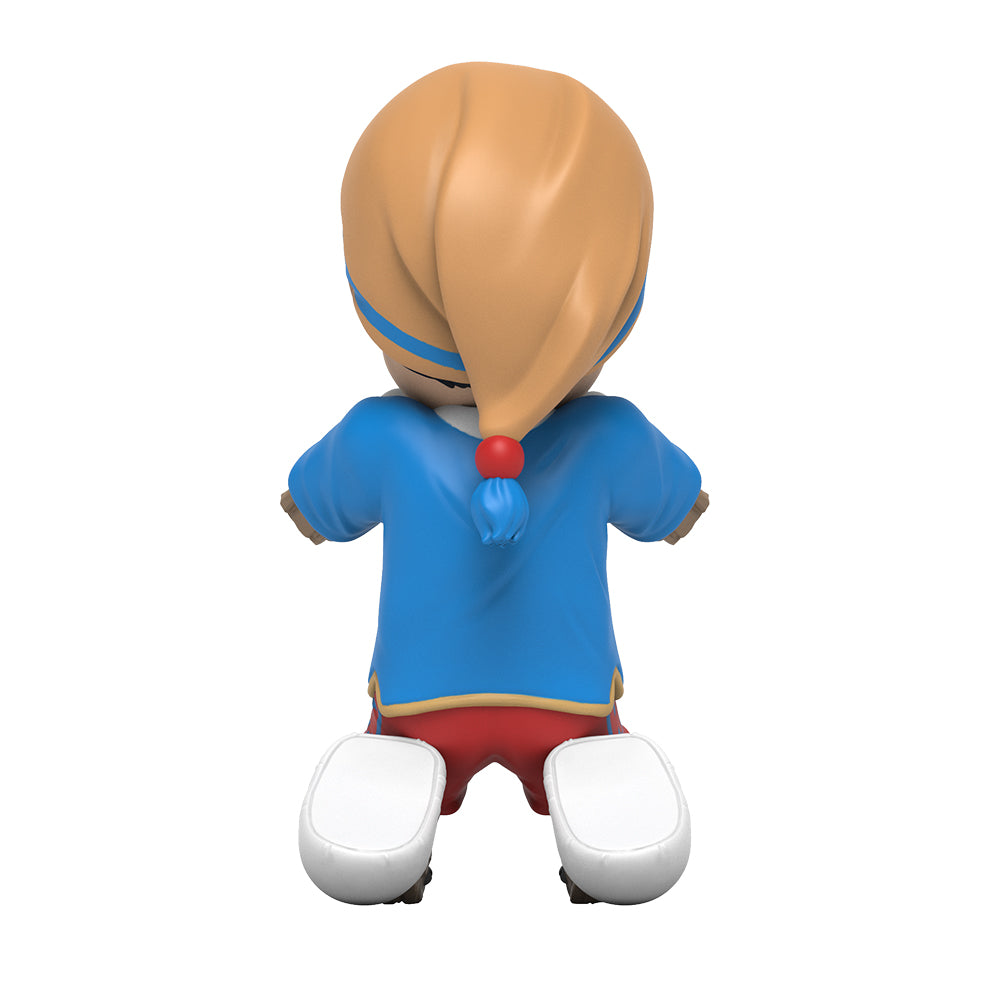 Once upon a time, a marionette came alive. Being the mischievous puppet that he is, he went around town playing tricks on everyone - he stole one side of a pair of sandals, he tied the ponytails of 2 townswomen together, he threw apples onto passersby - until one day he got caught in the act. Faced with the threat of being transformed back into a lifeless, wooden puppet he blurts out a fib with unexpected results. His nose grew! And it grew some more, the more he became entrenched in his lies.

Frightened he puts his hands over his face, forcing his growing nose back in. As his hands get closer and closer to his face, he feels a sense of relief - he'll get away unpunished! But as his nose recedes, something else grows longer. A bulge extends from in between his legs, to everyone's WOOD surprise.